The Behavior Grid: How to change business behavior (and make it stick)

An easy tool to understand and start using behavior design to reach your goals as a company. A grid that lets you share a common language in management and gives you 15 ways behavior can change. 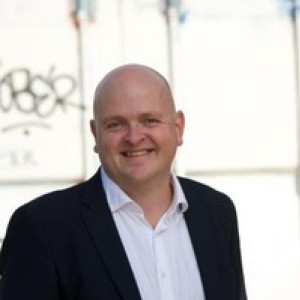 Why is it so hard to make people do things differently? Why can’t we just create a strategy, inform people about it and then lean back and watch them successfully implement it?

Because change is difficult to us – human beings – everyone – the individuals that make up your company.

This is a universal truth that has to do with human nature. We love to repeat the same patterns over and over because they’re the simplest for us to perform and requires the least effort.

Tonight, when you brush your teeth, try using your other hand and take a moment to think about the experience. How much was your body and your mind telling you to change hands to avoid any more frustration?

Luckily, there’s this thing called Behavior Design, which is all about how to make people want to do stuff – and we’re going to look at one of the best frameworks we know concerning this practice.

Dr. BJ Fogg of Stanford University, renowned researcher, founder and director of the Stanford Behavior Design Lab, is the inventor of the Fogg Behavior Grid, which outlines 15 ways behavior can change. It does so by introducing five behavior domains and three time-parameters, which is not nearly as complicated as it sounds. Just take a brief look at it here:

How to read the behavior grid

The easiest way to understand the Fogg Behavior Grid is to start with the behavior domains, of which there is five:

Next, let us look at the time-parameters, of which there is three:

We recommend using The Behavior Wizard, which BJ Fogg and his team have created to help you explore the various types of behavior changes.

So, now that you know there are 15 ways in which behavior can change, you should be ready to go make some changes happen – right?

Well not exactly. The Fogg Behavior Grid provides an excellent framework for understanding the different ways in which behavior can change, which in turn serves as your guide to what kind of behavior you want to achieve. Does successful implementation of your strategy mean doing something new and unfamiliar once, for a period, or forever? Or is it rather a question of doing something less or completely stop exerting a specific behavior?

It depends on your strategy – your must win battles and the changes you wish to implement. The Fogg Behavior Grid can help you map which behaviors you should introduce, sustain, do more of, do less of, or completely stop doing just once, for a period, or permanently.

What it cannot do, however, is tell you what exactly it takes to make the behavior changes happen. Luckily, BJ Fogg and his team have another great tool, which, when used in conjunction with the Fogg Behavior Grid, makes a truly powerful combo that’ll take you one step further to behavior nirvana.

There are three things that will make us change behavior:

The reason is we’re all basically “lazy”. Think of the example I gave you to begin with. Why should you begin using your other hand to brush your teeth? Remember, we humans love to repeat the same patterns over and over because they’re the simplest for us to perform and requires the least effort.

Now imagine what could possibly make you begin brushing your teeth with the other hand. I’m sure you’ll come up with some great examples once you’ve learned about the Fogg Behavior Model:

Behavior happens above the action line

The easiest way to read the Fogg Behavior Model is to look at the Action Line. The Action Line tells you the precise moment your ability to do something conjoint with your motivation. It is at this point a Prompt will make you change behavior. In other words:

The Fogg Behavior Model argues that without the right fusion between ability and motivation any type of prompt you introduce will not work and behavior change will not happen.

But what are these prompts and what more can be said about motivation and ability? The details about what each term incorporates is what Fogg refers to as sub-components, and we’ll briefly look at them here:

What motivates us to change behavior is rooted in three core motivators:

To perform a certain behavior, you must have the ability to do so – that’s obvious. Therefore, the simpler you can make reaching the desired target behavior the better ability people will have. For instance, you can invoke greater simplicity by decreasing the complexity of what you want people to do and / or by providing tools and resources that will make the behavior easier to achieve.

To put it in other words:
“A behavior is simple to perform until it requires a resource you don’t possess” – BJ Fogg

Add to this how people perceive whether something is simple to do or not. For instance, most people will perceive a task to be simple if they’re able to do it with less resources than they anticipated – e.g. making a meal that you thought would take you 30 minutes but only took you 15 minutes.

To learn more about ability and the simplicity factors you should take a moment to watch this video, in which BJ Fogg goes into further detail about it.

Prompts are the things that make people exert the behavior. They can be external, e.g. the sound of an alarm. Or they can come from our daily routines, e.g. walking past the coffee machine may make us grab a cup.

“An effective Prompt for a small behavior can lead people to perform harder behaviors. For example, if I can prompt someone to walk for 10 minutes a day, that person may then buy some walking shoes without any external triggering or intervention. That’s elegant influence because the walker doesn’t feel like she’s being compelled to buy shoes. It’s a natural chain of events that an effective Prompt puts into motion.”
– BJ Fogg

To read more about prompts and get more examples read BJ Foggs own description here.

How does all of this relate to Business Behavior?

Well, to begin with, most companies use strategies to communicate the goals they want to achieve. And achieving goals unquestionably has to do with how you go about things – in other words: Behavior.

To illustrate this let’s use a strategic goal that could have been pulled from any type of company:

Okay, so how do we actually do that? Simply communicating it and informing our people about it just doesn’t cut it. What is needed is some kind of action plan, right? But even with an action plan that clearly states what needs to be done we’re still just informing. And this is where leadership comes into the picture.

In order to get people to do what is necessary to achieve the goal, we need leaders to bring people on the right behavior path. And this is no small feat – many aspects either promote or prevent leaders from doing this. These aspects mostly have to do with work culture; herein traditions, hierarchy, communication, as well as other aspects. And there’s no quick fix: culture eats strategy for breakfast!

One thing is certain though – achieving strategic goals such as the above-mentioned means getting to terms with behavior and how you can evoke the behaviors that fulfill your strategy and improves your business. Incorporating the principles of behavior design into your strategy and your leadership might be what you’re missing and may be just what you need to make your business behavior geared towards success.

How to start using it today

Here is our suggestion on what you can do to begin incorporating behavioral design and use behavioral changes to help you succeed with your strategic goals. We acknowledge that you may be up against a work culture that in some way, shape or form encourages or prevents you from trying this out.

However, no matter the circumstances, it is of key importance that you keep it simple! Begin by planting the seed – reflect on the outcome – then slowly add water and a lot of sunshine 🙂

– Which new behaviors should people try out just once, for a period, or permanently?

– Which behaviors should they sustain, do more of, do less of, or completely stop doing just once, for a period, or permanently?

– Each individual may require a different kind of prompt

If you feel like sharing your experiences or if you have suggestions and comments regarding how to effectively use behavioral design and the tools provided in this blog post, reach out to us and let us know. We’d love to hear your story!

Activate your values internally and learn how they are percived around the organization. Customize it with your own values. Examples on how to record your values are included.

Ensure healthy lives and promote well-being for all at all ages.

Take urgent action to combat climate change and its impacts.

Catch all the newest stuff

Get instant access. I’ll send you an welcome email, right after you join us, with all you need to know about the People-Led Growth Community.